Duke’s Is No Fluke

There’s always plenty of excitement around the opening of a new camp, but when it’s situated in one of the most beautiful places on the planet and pays homage to one of the continent’s most legendary camps, it’s sure to fire up imaginations. That’s why safari connoisseurs around the globe were so excited when we opened Duke’s Camp in the Okavango Delta earlier this year. Duke’s is an Uncharted Africa camp, and it was Ralph Bousfield and his Uncharted team who launched Jack’s Camp in the Makgadikgadi Pans some 30 years ago in memory of his beloved father Jack Bousfield. Jack’s is one of Africa’s most fabled and celebrated camps, thanks to its unreal style and pioneering under-canvas luxury. Duke’s Camp brings that same magic to the extraordinary wilderness of the northern Okavango Delta. The landmark new camp is named in honour of Sarefo ‘Duke’ Sarefo – the custodian of this bountiful wilderness. Duke was born on the island upon which Duke’s stands some 80 years ago, and his ancestral roots run deep into these sandy soils. With some of the best safari guides in the business and myriad adventures to enjoy, including game drives, mokoro excursions, fishing, sunset boat trips, helicopter flips, hot air ballooning and rock art visits, this is a truly epic Delta adventure. The canvas safari suites sit upon raised wooden decks and boast uninterrupted views across the Delta which winds around the camp. The famed safari style and panache of Jack’s Camp is here as well, with plush fabrics, Persian rugs and hand-carved four poster beds. The en suite bathrooms are bedecked with brass fittings and bespoke amenities, while the private deck allows travellers to soak up every last drop of the wilderness around them. “This is simply a very beautiful camp in an amazing area”, enthuses our head of sales Peter Allison who lost his heart to Duke’s at first sight. The camp itself might have earned many a glossy spread, but for true safari afficionados, it’s all about the wildlife and there’s plenty of it here. Expect massive herds of elephant and buffalo, along with fearsome predators such as leopard, lion, African wild dog and the smaller serval and caracal. If lions are your thing you’re in luck, because this area hosts some of the largest concentrations of lions in the Delta. The skies here also hold wonders of their own, with over 440 species of bird recorded in the area. You’ll soon come to associate the distinctive cry of an African fish eagle with your Duke’s Camp adventure. 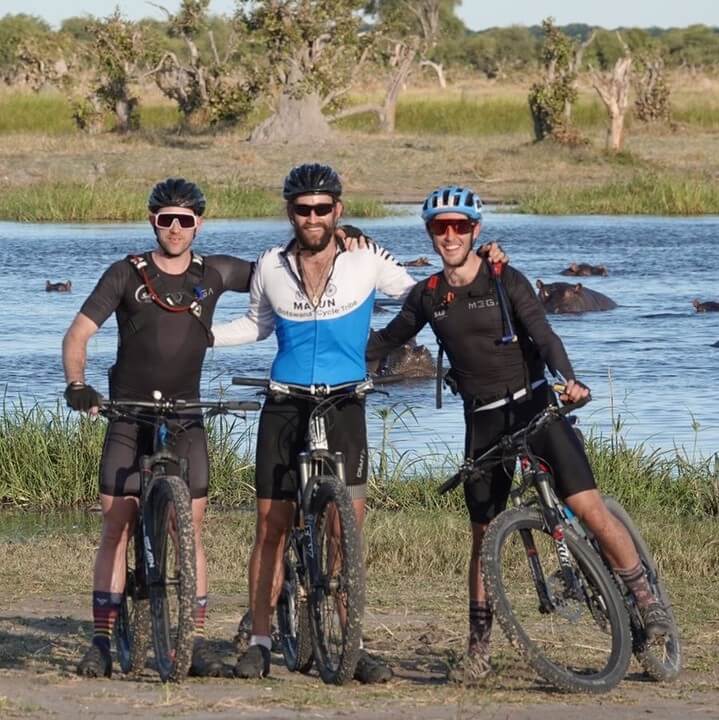